ID’s You Can Use When Getting Documents Notarized

Many states allow the notary to personally know the signer and notarize them without identification.  Besides verifying ID, the notary will make sure that the signers are willing and that they are capable of sound decisions to get the document notarized.  People seeking notarial services must have at least one form of accepted identification and personally appear before the notary at the time of notarization.  The law prohibits a notary from notarizing a signature if the signer is not present.  As a notary, you can notarize for any member of the public who makes a sensible request and meets all the requirements for notarization. It is recommended, as a guiding principle, to avoid notarizing any documents for family members.

The most commons types of ID’s that you can use to get a document notarized are listed below:

If you do not have an ID, there a few states that allow the use of credible witnesses.  Do you ask what is a credible witness?  Two people that can identify you before the notary public and produce ID themselves.  There eight states in the U.S. that permit usage of two credible identifying witnesses: California, Delaware, Florida, Georgia, Mississippi, Nebraska, New Mexico, and Virginia. 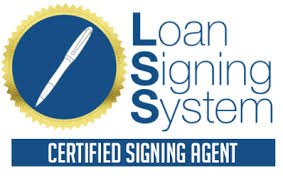